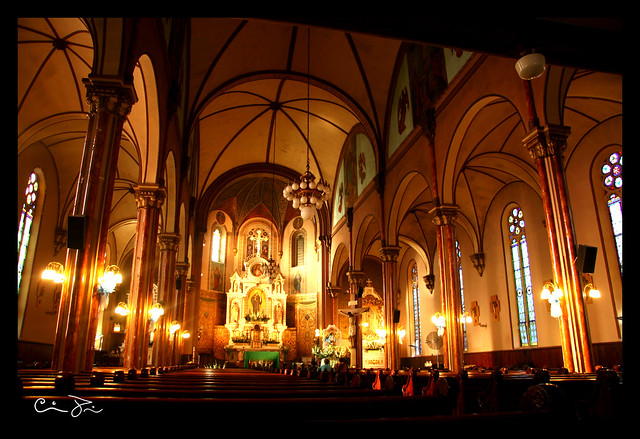 For Jaime Miranda, church was a place where he felt at peace. It was, “A safe house and an escape from all the crime in the neighborhood.”

For Concepcion Rodriguez, church has been everything for her and her family. It has been a place that harbors memories of her late mother and father, and has allowed her opportunities and furthering her children’s higher education.

“The church was our second home,” said Concepcion Rodriguez

Pilsen churches have been a staple and a resource for many families in the neighborhood for decades. The recent closings of about a dozen churches has affected parishioners in unimaginable ways, erasing family memories and traditions that span generations.

Here is the history of the closed Chicago Pilsen Churches.

In 2016, the Archdiocese proposed a plan to reconfigure six Pilsen churches— St. Adalbert, St. Ann, St. Procopius, St. Paul, Providence of God, and St. Pius. Only three would remain as central parishes of the Pilsen neighborhood

Despite parishioner resistance and ongoing fights with the archdiocese council and the Vatican, Providence of God merged with St. Procopius and the beloved St. Ann and St. Adalbert have been sold off to developers— St.Adalbert currently in limbo. 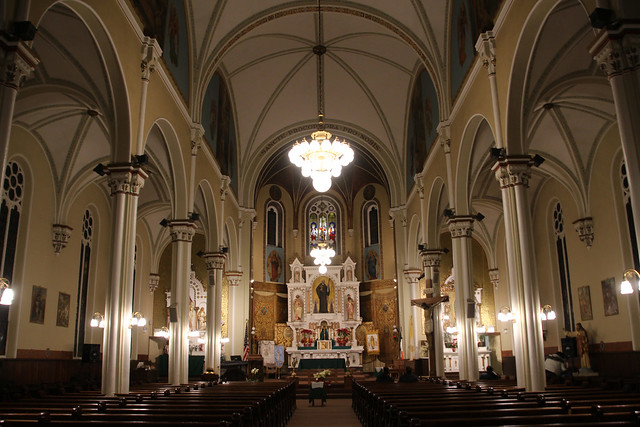 According to Block Chicago, St. Ann was sold to developers, Evenlight LLC for the price of $ 1.35 million. The church will become apartments and condos to the Pilsen community.

Block Chicago was also the first to report that St. Adalbert, which has been serving the community for over 100 years was in the process of purchase by City Pads, a development company. The price of the parish was listed at $4 million.  The company has plans to develop living apartments in the rectory and convent and has previously stated that they will not build housing in the Church itself.

“Church was a social event that has been lost, that sense of community is lost. That was when you socialized with everyone, that sense of devotion [for the community] is lost,” said University of Illinois Catholic religion P.H.D student Josh Hoxmeir, when he was asked about the church closings in Pilsen.

For many Pilsen natives who grew up in these churches, the closings and sales come at a great loss. Many being forced to attend other neighboring churches.

“It is a devastating loss, my grandparents met at St. Adalbert and married at St.Ann, we all had our sacraments, we had our funerals and weddings there,” said Carol Nusko, a Pilsen native. A few people have decided to go [to St. Paul] and others have decided to not attend at all.

“These churches have a lot of memories, they mean a lot, they are not just a building,” said Jaime Miranda, who was an altar boy at St. Adalbert in 1996. Miranda was devastated when he found out that St. Adalbert was being sold.

The reconfiguration and changes in Pilsen stem from an implemented program from the Archdiocese Cardinal Blaise Cupich called Renew My Church which has caused for the revaluation of parishes that have served and become a staple of the community. This program has brought about the recent closings and merges of Chicago churches. According to Preservation Chicago, “75 to 100 buildings and parishes across Chicago which are to be merged, consolidated, closed, sold and perhaps demolished over the next several years, with 75 Catholic churches expected to close or consolidate over the next 10 years”

The Archdiocese of Chicago data number for facts and figures for the year ending in 2018 numbers show that there is a significant decline in newly ordained priests. There is a drastic change in the number of parishes. In 1990 it 416 and has declined to 336 in 2019. Mass attendance and the catholic population  has also declined by 37% since 1990.

The reasons for these implemented changes as stated by the Archdiocese council is declining mass attendance, the changing demographics, low number of available priests, and no available funds.

For many parishioners like Graciela Vega— a St. Procopius parishioner of 51 years, the change in demographics isn’t the only reason for church closings.

According to CBS Chicago, funds were raised for both parishes of St. Adalbert and St. Ann from parishioners who wanted to keep their parishes open. St. Adalbert’s received a large sum of one million dollars. St. Ann parishioners also raised a large portion of money. Even with that the archdiocese decided to close doors.

“Church parishioners did everything, but the Chicago archdiocese continue to close Pilsen churches,” said Concepcion Rodriguez.

Graciela Vega said she was greatly saddened by the closings of St. Adalbert and St. Ann and for all the parishioners who took the time to raise the money for their places of worship, but were ultimately denied their desire by the Chicago Archdiocese.

“Churches are becoming more political and no longer listening to the needs of their parishioners” said Graciela Vega.

Even with the new reconfigurations in place by the Chicago archdiocese, there is still a decline in mass attendance and many longtime parishioners have left the Catholic churches in Pilsen.

But for many of Pilsens long time residents, it’s about feeling comfortable, and not being forced to attend another church because your parish has closed doors.

“Not all churches [feel or act] the same, it’s about the priests and how he teaches the mass,” Jaime Miranda said.

Also, ongoing disagreements among parishioners and Church administrators has been a challenge for Pilsen church goers. Recently this has become a reason for a further decline of mass participation.

Concepcion Rodriguez — was an active church board member and parishioner, credits her decision to no longer attend St. Procopius masses because of her disapproval of the priests’ lack of transparency with the financial handlings of the church.

“He is the Trump of St. Procopius” said Concepcion Rodriguez , who was asked to step down by another board member that was relaying a message from the priest. She began to question the fathers church financial decisions and asked for records for information on generated events money and where it was going.

“I don’t respect him as a priest— A lot of people have chosen to leave the church and remain quiet instead of reporting him,” said Conception.

Father Adan Sandoval, who has been the presiding father of St. Procopius for over a year, was asked about the closing said “ The message we are sending is that we are shrinking and we are disappearing. The church is like a home for many people and sadly their ancestors invested so much time and these closings are an insult for many, discouraging parishioners.”

When Father Adan Sandoval was questioned about the negative backlash from changes at St. Procopius he stated , “ If we don’t move forward we will get left in the past. The new direction [of the church], is the way we need to move. I am part of that change and it is a little bit hard for people to make these changes.” 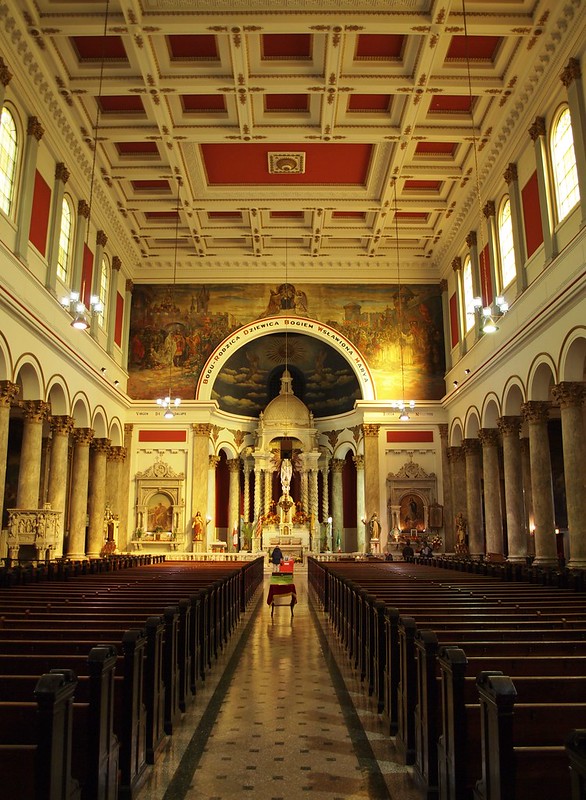 Father Adan Sandoval has stated that the recent changes that he has implemented at St. Procopius has fostered greater attendance. Celebrations and new traditions like, the Day of the Dead festivities has brought more attention to the church.

“ We are receiving more people at mass and I have seen more weddings, quinceaneras and more Anglo sacraments, ” said Father Adan Sandoval

The churches of Pilsen are at a historical turning point. The Chicago Archdiocese is finding it easier to close parish doors instead of having them remain open.

In Pilsen, this reconfiguration has impacted the faith and the lives of devout Mexican Catholic parishioners. The question is; can the Catholic faith continue in this gentrified neighborhood with a new influx of younger Pilsenites and the knowledge of many sexual abuse allegations that have cast a shadow on the Catholic church worldwide.

“We need the right people, who will bring people together instead of tearing people apart” said Concepcion Rodriguez.